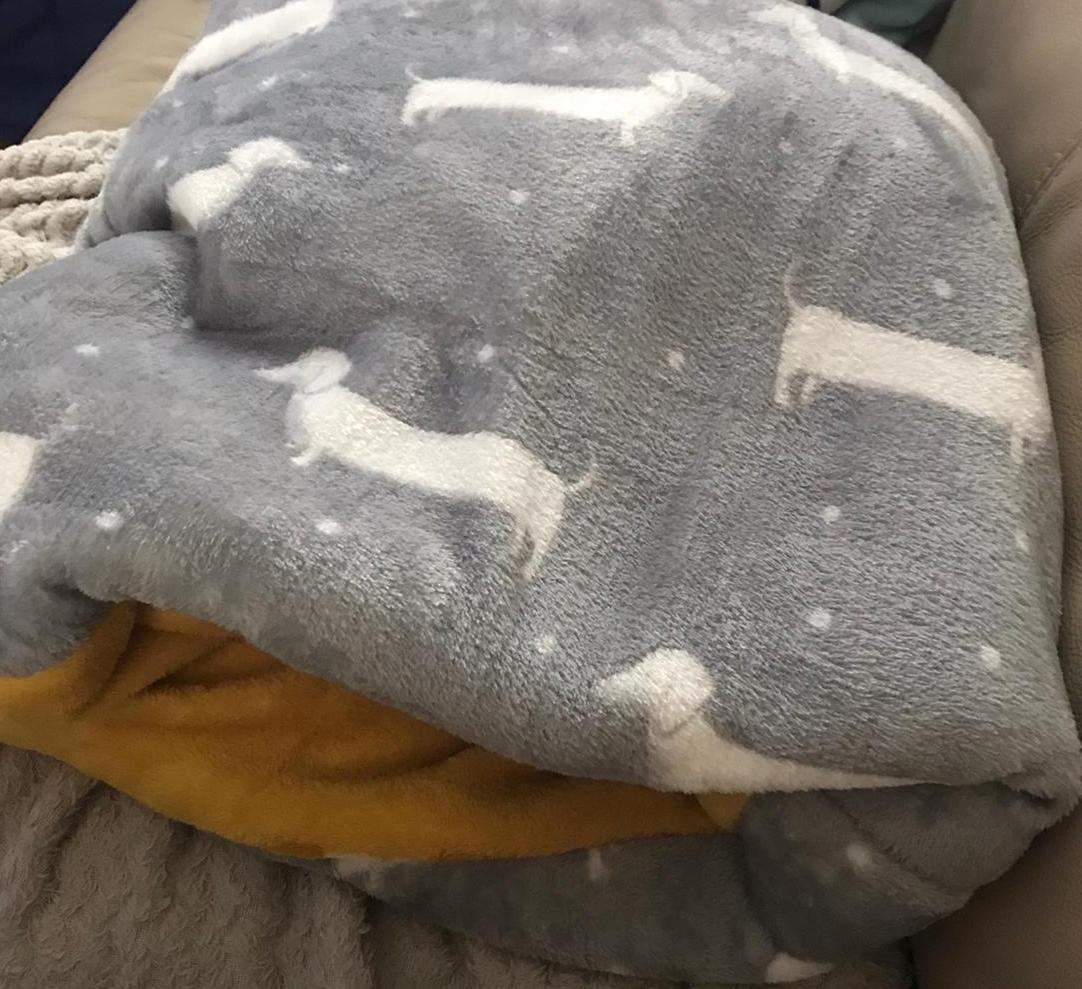 If you’re new to the sausage dog life, you may catch your dachshund burrowing under blankets, pillows, or even piles of laundry and wondering, “Why do dachshunds burrow under blankets? Is it okay and normal for them to do it?”

Dachshunds love to burrow as they’re specifically bred for this behavior to flush out badgers, and Rabbits out of dens. Burrowing also helps Dachshunds with anxiety, and to keep warm and cozy which is important to them. It’s very normal behavior, and you should certainly let them burrow in a comfortable blanket.

5 Reasons Why Dachshunds Love To Burrow

Aside from their sausage shaped bodies, the dachshund’s most distinguishable trait is their love for burrowing under blankets.

As mentioned before, it can be generally explained by instincts that have been ingrained in all dogs, since the very first canid species. In other words, many breeders may say it’s simply part of who they are.

In theory, breeding truly is the umbrella cause of why dachshunds love to burrow under blankets.

But, it has developed into so much more than the original purpose. Let’s talk more about the reasons why dachshunds love to burrow.

Long ago, these long-bodied pups were used for hunting. That may surprise you, as dachshunds aren’t the fastest or most vicious dogs. But their talents aren’t the same as bigger hunting dogs, like beagles.

Dachshunds were originally bred for flushing vermin-like rabbits, marmots, and even badgers out of holes and tunnels under the ground.

There may not be many prized hunting dachshunds around today, but the instinct is just as strong as it ever was.

Instead of digging and chasing after rabbits, dachshunds these days spend their days burrowing into pillows, blankets, and sometimes, in the backyard.

They do still love to chase after things as well, but the digging instinct is much stronger.

The Dachshund breed is prone to developing separation anxiety, which makes security extra important for them.

Sometimes, a dachshund will burrow under blankets and cushions because being all wrapped up makes them feel safe while they’re alone.

Security is very important to all dogs. So, if your dachshund is suffering from separation anxiety, this could be what’s causing them to burrow under the blanket.

Similarly, when your pup is scared of loud noises, they could be burrowing because they want to hide.

During the puppy years or if it’s the first time experiencing a ruckus like fireworks, you may have to coax them out, since this can be a terrifying experience, but letting them curl up in the blankets does help.

Dachshunds are very energetic little pups. Even with those short, stubby legs, they need to get out and run and burn off all of the energy that a dachshund has, or it will turn into destructive digging and chewing.

When a dachshund is bored or isn’t getting enough energy, they will turn to burrowing and digging as a means of releasing their penned-up energy.

This is also aligned to their breeding; many dachshunds have carried forth the love for tunneling after vermin by doing it under the covers.

They prefer to burrow under blankets, but if your dachshund isn’t able to do that or gets bored with it, they may start digging holes in your couch and mattress, trying to create tunnels.

Outside, they’ll tend to bury things like bones and toys, only to dig them up later.

4. Getting Warm And Cozy

When it’s time for bed, many dogs do the “spin” routine, where they twirl around a few times and then plop down into their beds.

Dachshunds do this too, as a means of getting comfortable before going to sleep.

The only difference here is that they like to dig under blankets and pillows because being wrapped up in blankets helps them to feel comfortable.

This also goes back to wolf-like instincts of sleeping in a den with other dogs. This is called “denning” behavior.

Dachshunds can stand the cold, but not for very long. So, if your house is a little on the cool side, your dachshund may be burrowing under the blankets to get warm and cozy.

They may also do this right after coming in out of the snow or rain to dry off.

5. Trying To Get More Attention

Your dachshund will follow you everywhere if they can, typically because of separation anxiety.

Usually, they’re desperate to be around people. This is different from burrowing to feel safe because in this case, they’re not scared, they’re simply trying to get you to pay more attention to them.

The breed is known to be needy and quite tactful. If they want something, they’ll try their best to get it.

So, another possible reason for your dachshund burrowing under blankets is because they’re trying to get your attention.

If you’ve given your dachshund attention while they’re burrowing before, then they may do so again because they expect you to come to them and give them more attention.

It’s a learned behavior that can be unlearned if you ignore it.

Can My Dachshund Suffocate While Sleeping Under A Blanket?

It’s perfectly safe for your darling dachshund to be sleeping all wrapped up in a blanket.

When they burrow in for the night, they will usually stick their nose out of the covers to breathe.

If they need to get out because it’s too stuffy or hot, they will. No dog will remain uncomfortable unless they’re trapped. And in that case, your dachshund will bark for help.

Don’t forget that these pups are bred for life in small spaces, so they are well equipped to be under a blanket.

If it does worry you, or if your dachshund is on the older side or blind, then you should uncover their nose for breathing, if they haven’t already.

Should I Let My Dachshund Burrow Under A Blanket?

Yes, you should let your dachshund burrow under a blanket. To burn energy and for your pup’s stimulation, you should encourage their natural burrowing behavior.

After all, it does help them feel safe, it’s fun for them, and it’s just so darn cute!

Especially when it’s out of fear, you should try to do everything you can to make your pup feel happy and secure.

And if burrowing under a blanket helps, then it’s a good thing! As long as it’s not destructive, then what’s the harm?

It’s a cozy, safe place of their very own. And it’s a lot easier than washing dog hair out of your bedding!

Now that we’ve gone over all of the reasons why dachshunds burrow under blankets, you won’t have to worry about their safety, because that’s where their sense of safety is.

It’s very good for their mental stimulation and emotional health to let them burrow in a blanket, so the next time you see your dachshund curling up under the covers, just let them be, as long as they’re not tearing your blankets to shreds.